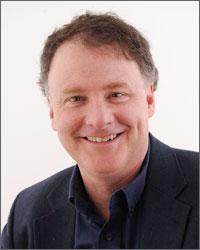 The World Affairs Council of Harrisburg is partnering again with Fredricksen Library to present the Foreign Policy Association’s video series “Great Decisions.” For eight weeks, WACH will air eight videos that focus on the hot topics of international relations and current events around the world. The event will take place every other Monday through May 15, 2017.   An international expert will lead an in-depth discussion following each viewing. For more information, email wacharrisburg@gmail.com; or click HERE.

Great Decisions discussions will be aired on WHBG Channel 20, thanks to a generous grant from Harsco!

Prospects for Pakistan and Afghanistan – 1 p.m. Monday – May 1

U.S. troops have been in Afghanistan for over 15 years—making it the longest war in American history. As Washington and NATO pivot away from       Afghanistan by reducing troop numbers, the ability of the government and security forces to maintain stability will be tested

The European Union is under severe strain. British voters have chosen to leave the EU while the Eurozone debt crisis and the influx of migrants pose an existential threat to the political and economic bloc. Can the EU withstand the pressure?

International trade has transformed the way we live. Supporters of free trade say it creates the greatest amount of wealth for the highest number of people, fostering growth and lifting nations out of poverty. Opponents say free trade eliminates jobs at home and makes the country vulnerable.

China is building up its maritime presence, investing heavily in its Navy, and ambitiously advancing territorial claims in the South and East China seas. Does this maritime expansionism indicate a more aggressive foreign policy or is it simply the next logical step in China’s growth?

Saudi Arabia is a nation in transition, with increasing signs that the status quo it has enjoyed for decades is beginning to fray. Once known for having a “special relationship” with the U.S., growing concerns about human rights, terrorism and the Iran nuclear deal suggest the relationship between Riyadh and Washington is coming under strains.

After decades of relative stability, the U.S. energy revolution is beginning to shift the dynamics of the energy market.  Once dependent on the Middle East for much of its energy, the U.S. is now producing more of its own—potentially freeing America to pursue a new foreign policy in the region.

Once known for economic and political turmoil, the majority of nations in Latin America are now constitutional democracies. Shifting away from the “revolutionary” leftist economic policies, Latin Americans are combining left-leaning social agendas with more pragmatic governance.